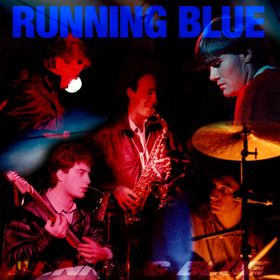 The genesis of Running Blue eminated from some jamming sessions that Alan Kennedy and Damien Reilly had just after leaving school in 1982. From 1982 to 1984, Alan managed to land a few acoustic gigs at the Briars Inn, Bowral. This was a very popular local pub back in the late 70's and early 80's.

Around a year or so later in heading into 1984, Damien got together to start jamming with Tim Williams, Kenny and David Frew. Rehersing songs on the weekend gave birth to a few crazy tunes with gems like " Black and Blue " and "Respectable". The song "Black and Blue" by todays standards would not be a pollitically correct song to play, with lyrics about cracking a whip all over town. Tim Williams had a way with words.

What to call the band ?.......You can see some of the band name ideas that David Frew wrote down at the early rehearsal sessions here. The name the Zilths sounded pretty punk and cool so that was the band's first name.

From these early jam sessions it was clear that the band needed a singer. The call was put out to Alan by Damien and then things started to happen. It was not too long before Damien and Alan had penned 10 or so songs and it was then time to get a proper band together. 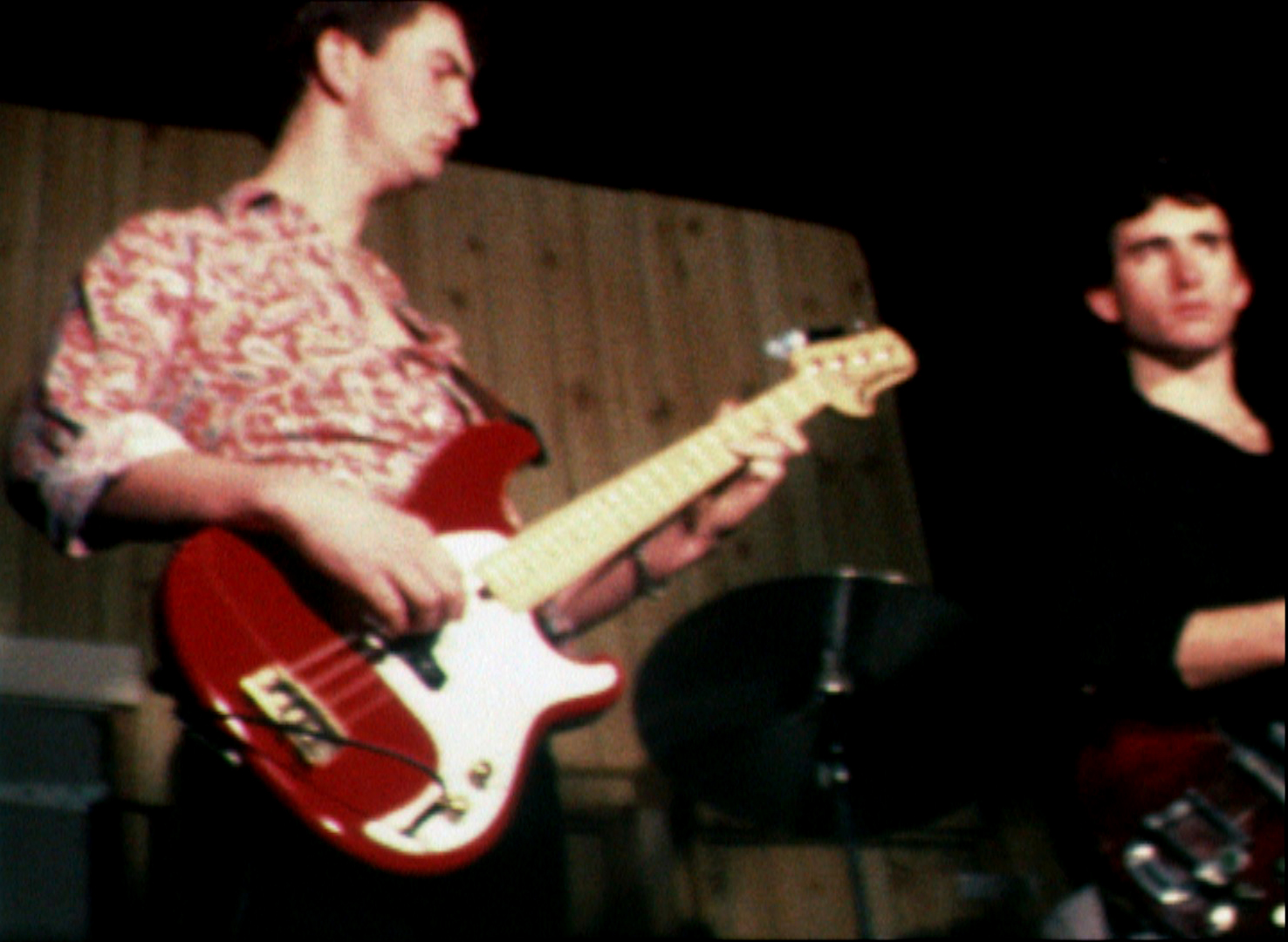 Alan knew a keyboard player, Michael O'Grady and through Damien's connection to Peter Nathanial, he referred two of his friends Sam Kalos and Nando Pettinato for guitars and drums. The band was formed around the original songs that Alan and Damien had been writing and regular rehersals at Damien and Gerrard Studios from mid 1985. With the new line up established, It only took a few rehersals and the musical fire was well and truly lit and burning bright.

After a few rehersals were under the bands belt, Sam Kalos submitted the band into the Sydney Uni Band Competition. The bands first gig was as the Zilths. You can see the review from the bands 1st gig in the media section of this site from the Honi Soit mag, a Sydney Uni mag that covered the band competition and social events then.

The Zilths, while a cool punk kind of name did not really suit the band so Alan ended up coming up with the new name Running Blue. With the band changing its name to Running Blue after the band competition, the band went full speed into rehersing. In a few short weeks the band put together a 25 song plus set, that comprised of mainly originals and a few cover songs.

It was time to get gigs. Alan was the man that was always able to secure the gigs. He had a magic way with landing key gigs and we soon had regular shows at the Rose of Australia Hotel, The Whitehorse Hotel in Camperdown and any of the Sydney University gigs that Alan could land, he got.

In the mid to late 80's, the Sydney live music scene was vibrant and happening. It was a great time, a time when a band got paid to play and also got a drink rider. With everyone being their early 20's it was on for young and old to consume as much beer as we could. That was the 80's

The band got tight very quickly, and the crowd like what they heard. By early 1986 it was time to record and see if we could translate the energy we had live into some recordings. The 1st session the band has was a live recording session at Damien and Gerrard studios with Russell Pilling producing. You can hear these sessions on the Running Blue album where the tracks are noted as "live".

More gigs and shows were booked very quickly. The band needed to record properly and with the help of the bands friend Peter Nathanial, he put a call to his musical genius brother "Trevor". A meeting was had in June 86 and Trevor agreed to produce 2 original tracks.

Trevor felt that if the band could get two good original tracks properly recorded, they could potentially do well on local radio and build a buzz for the band. The songs he selected where "Daniel" about a girl called Daniel of course, and the song "Grey Day". The later being a song that Damien had mostly written about domestic violence in the home and trying to escape the vicious circle that comes from situations like that. 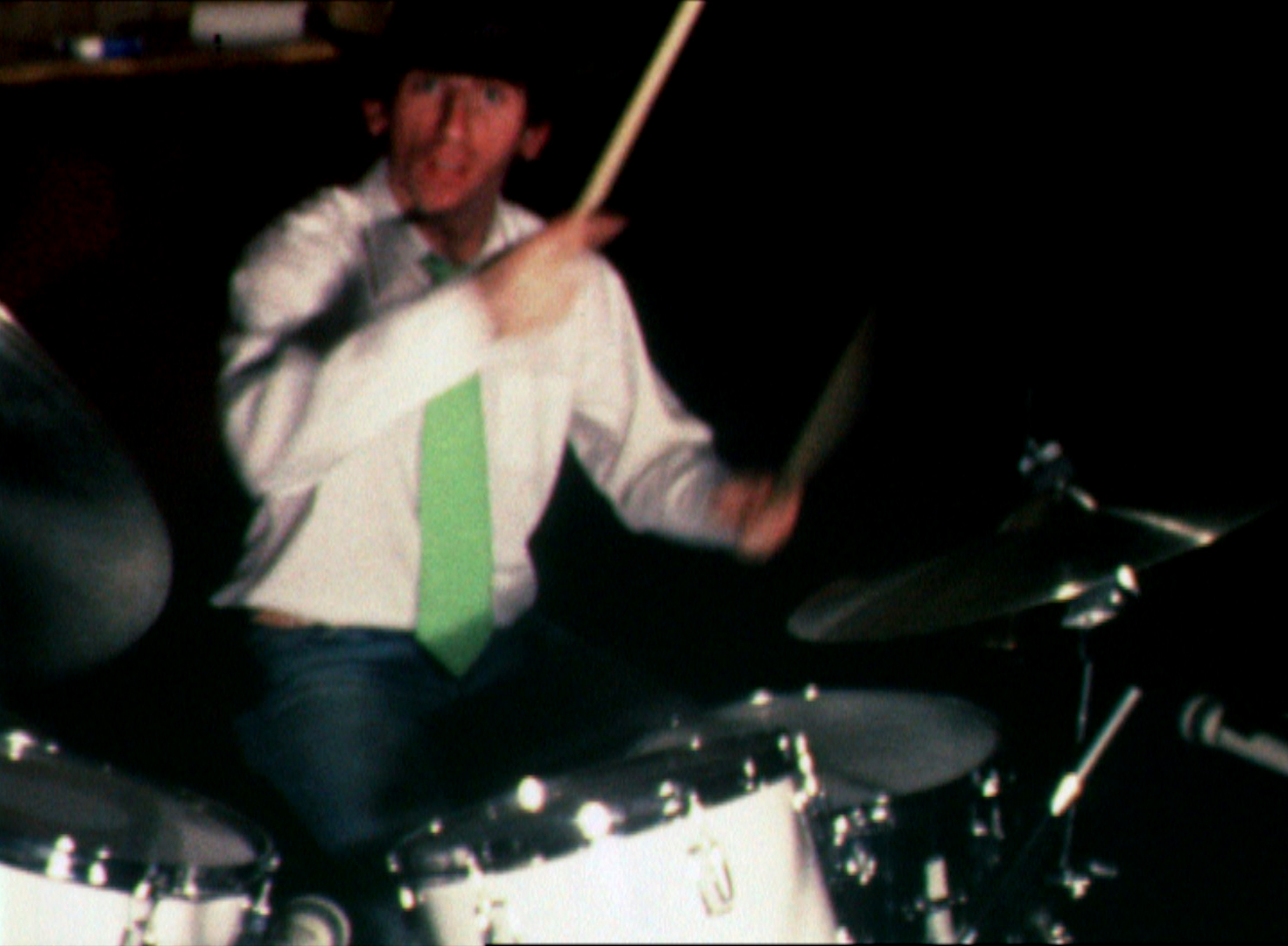 The sessions were completed at JMC Studios in Sydney on the 9th July 1986. The songs are a reflection of the sound at the time and influenced heavily by other artists like The Cure, Spandau Ballet and The Smiths. Alan's vocals always had that cool Morrissey sound happening.

Once the recordings were completed Alan was busy landing gigs again and we were back at the Rose of Australia pub and other venues into the late part of 1986. The band was entering into a tense phase with Alan and Michael wanting to do more cover songs and Damien, Sam and Nando wanting to focus solely on originals.

As things happen when you are young, you sometime just stop getting together and a band can be very hard work for little pay. It was the 80's and other things started to get in the way like parties, chasing girls and explosion of the late 80's club scene.

The band had a short brief but super creative period for 18 months that produced some great songs, marking this moment in time for all to reflect on.

As we work our way through to 2022 and with Damien, Alan and Michael back in contact there are new songs in the works. Who knows what will happen ? One thing for sure is that the music will be great, original and have exceptional vocals from Mr Alan Kennedy and some cool synth pop from Michael O'Grady with Damien Reilly at the production helm.


Venues and Gigs: The band played throughout 1985 and 1986 at many venues accross Sydney including: